Today, the American School of Yaoundé (ASOY) has 175 students from over 32 countries and is an IB Authorized Continuum School, offering the International Baccalaureate Diploma Programme (IBDP) for students in grades 11 and 12 plus, the Primary Years Programme (PYP) for grades K to 5, and the Middle Years Programme (MYP) for grades 6 to 10.  Founded in 1964 and located on Rue Martin Samba, it is the only English-speaking accredited institution in Central Africa that offers an American style of education with a well-deserved reputation for delivering a high quality education program for over 50 years. The transition from the survival of a community school to its status today as one of the best international schools in Africa needs to be told and preserved. The story of the American International School of Yaoundé reflects the developing maturity of the international school system around the world, as well as the birth and growth of nurturing global citizens in Central Africa. It is a story of solidifying friendships and increasing self-confidence to empower, excel, engage and develop the spirit of International Mindedness.

The Story Behind the History

When Cameroon gained its independence in the 1960s, it established strong diplomatic ties with other nations. It was only logical that foreigners would come to live and work in a country blessed with abundant natural resources.  As the number of expatriates increased in Cameroon, it was critical for them to seek an education for the children that would nurture them and create global citizens. As the United Nations, other organizations, and countries, focused on a world of respect for diversity, there was a need in Yaoundé for an international school providing a Western education, while at the same time guiding students as global learners and citizens who would champion the spirit of International Mindedness.

In 1964, the American School of Yaoundé was established, providing an American-style education, predominantly to American families living and working in Cameroon. It was an initiative greatly welcomed by the American Embassy of Yaoundé. The school was placed under the care of the embassy to facilitate the recruitment of US-hired teachers. The venue for the school was located at Rue Martin Samba. Prior to setting up ASOY, the property was owned by Russia and used as their embassy. In 1964 after the site was purchased, the property became the ASOY campus, while part was used as the American Club owned by the embassy.

The premise was shared, and the marines and Peace Corps used the club for recreational activities 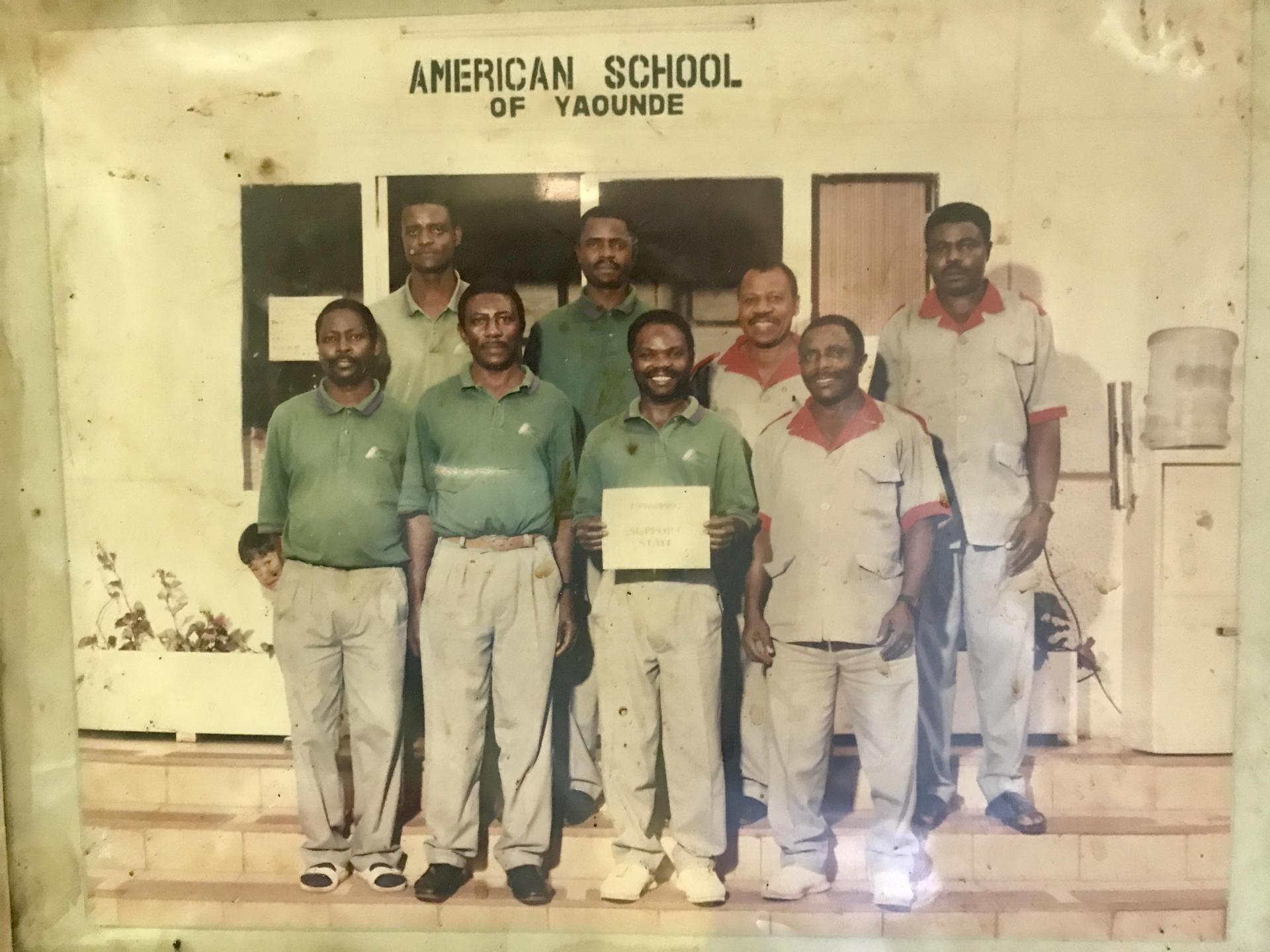 up till about the year 1998 when ASOY began leasing the property from the US embassy. The building was not as gigantic as the one we have today. This explains why in 1964, there were just four cleaning staff, two drivers, and four administrative officials. There were only two buses and the director actually lived on campus!

By 1982, ASOY's community has expanded and the world was richly represented with a diverse student population from countries such as Israel, the UK, and India. With a student population of about 100, there were few non-US teachers and no teaching assistants. At that time, teachers either came from the US while others applied and were hired by Rainforest International, another school in Yaoundé. As enrolment grew, however. the school increased its staffing levels.

In 1992, a third driver was added while the cleaning staff remained the same to cater for 15 classrooms and an office. This was just a single office that featured the director, receptionist, cashier, and accountant.

Despite such a humble beginning, the school’s standards were still extremely high. Though it started out as a predominantly American community school with very few students, word of the school’s standards spread among other expatriate families. While ASOY started with grades 1-8 in 1964, in 1996 the High School was established, making ASOY a K to 12 school. 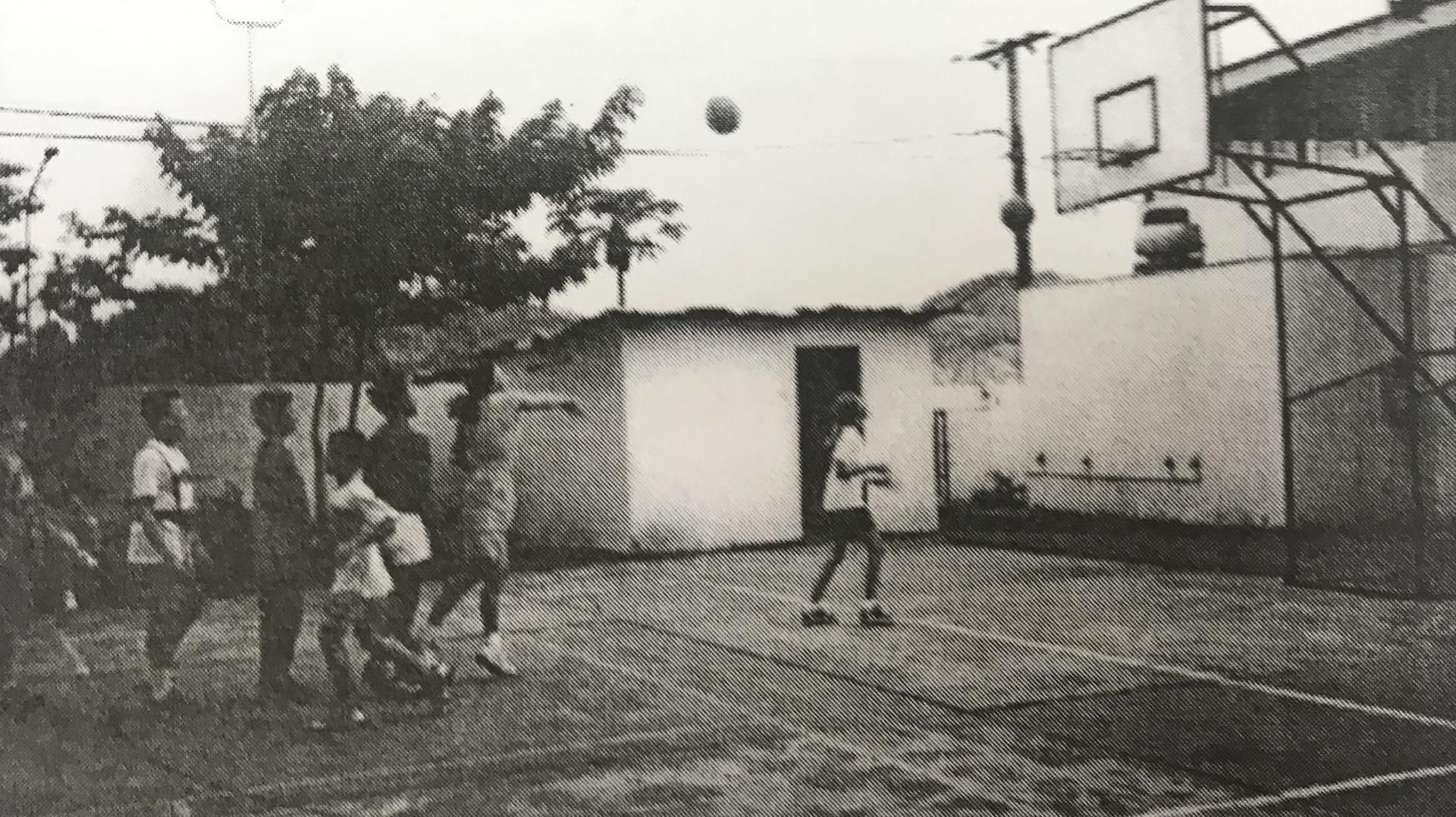 In 1998, 34 years after its establishment, ASOY was internationally recognized and accredited by the Council of International Schools (CIS) as well as the Middle States Association of Colleges and Schools (MSA). This international accreditation laid the foundation for nurturing global citizens in Central Africa. 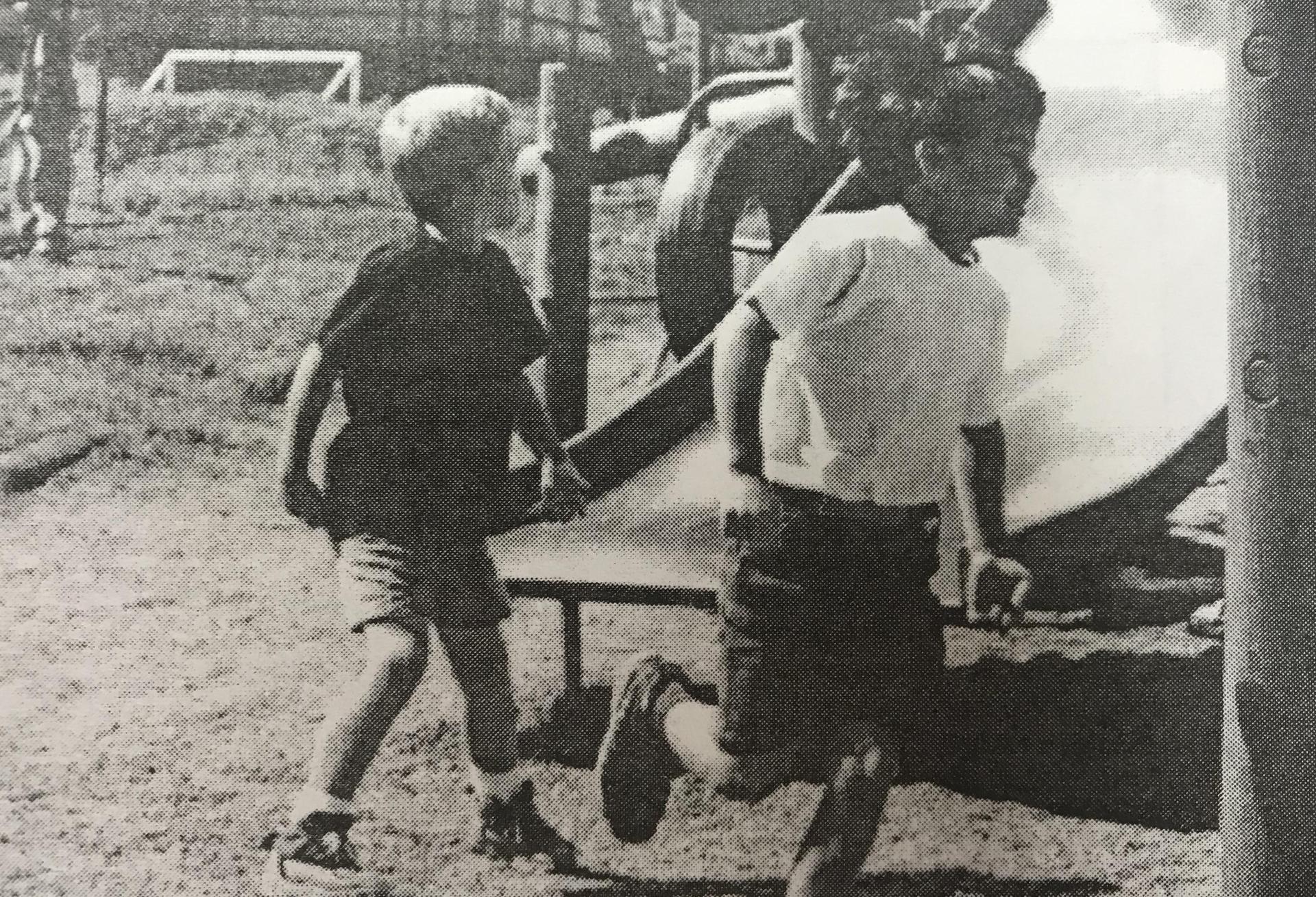 By 2000, ASOY's international community welcomed locals and other nationalities, among them French, German, and British students. The World Language Department welcomes local teachers to the faculty to teach French. The maiden celebration of International Day was established, and has continued, in one form or another, to this day, with the community sharing and celebrating ASOY’s cultural diversity. The day helps empower students to embrace their cultural diversities and enhances their understanding as they mature into caring global citizens who will positively impact society. 2000 also marked another milestone - the convocation of ASOY's first graduating class. 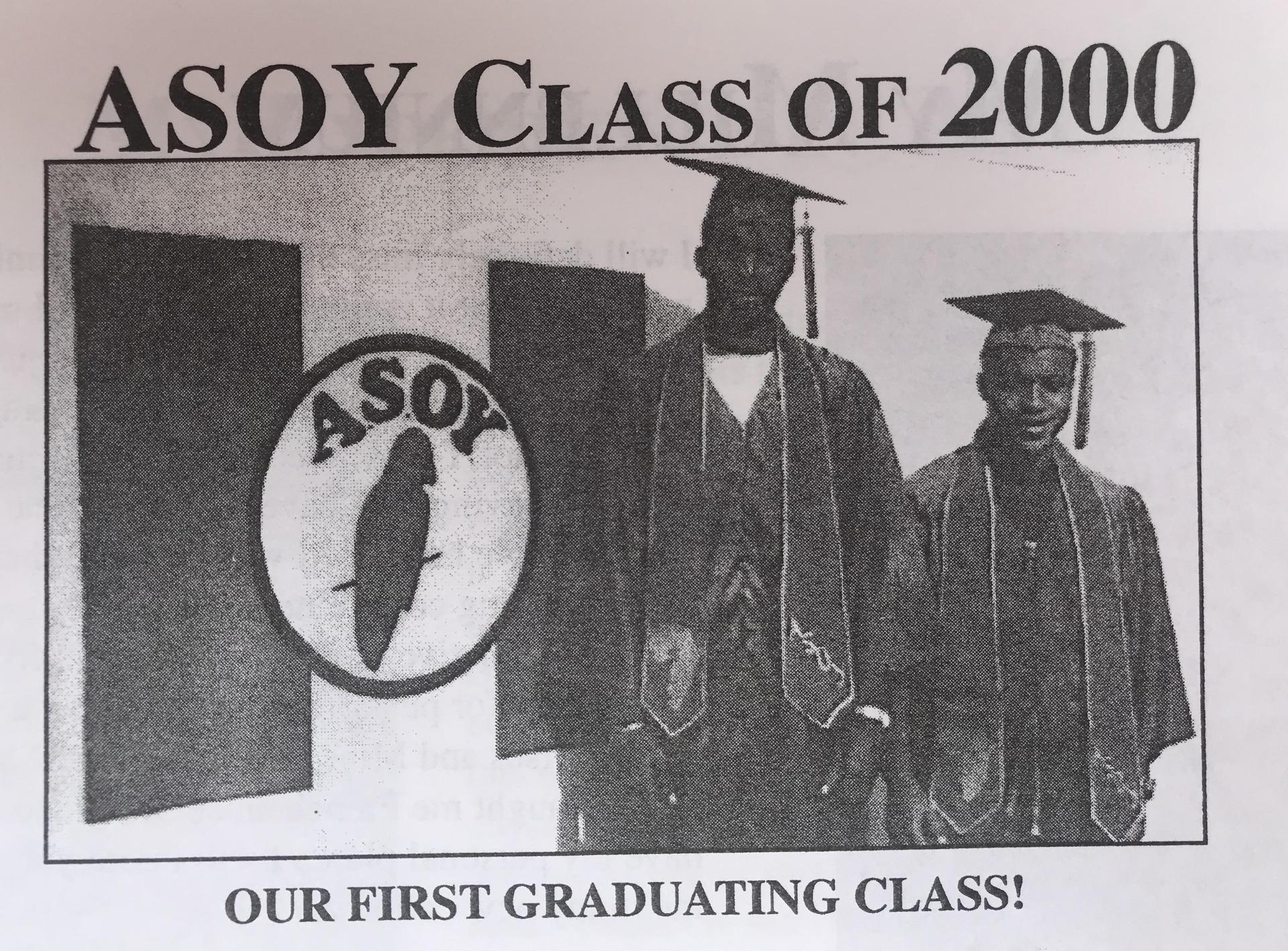 As the student population grew, the need to enhance learning led to the introduction of teaching assistants. The mix of foreign and local teachers solidified ASOY’s cultural blend and contributed to its mission to engage, empower and excel.  With the addition of 5 extra classrooms, the cleaning and maintaining staff became 10 in number to cater for about 20 classrooms. At this time, due to space considerations, the director finally moved off campus, with her residence converted to more classrooms catering to a growing student body.

The early 2000s also saw a campus facelift. 2001- 2002 witnessed the construction of a new building, used as classrooms and the Counselor’s office. During the same year, the music and the design room were constructed above the canteen, where they still are today.

In 2003, ASOY had its first 5-year follow-up on accreditation from CIS and MSA, which saw accreditation continued for another 5 years and ASOY creating an improvement plan to follow during that time. As well, in 2002 - 2003, construction work on campus proceeded apace, with the basketball court being roofed, and construction work started for the storage rooms. 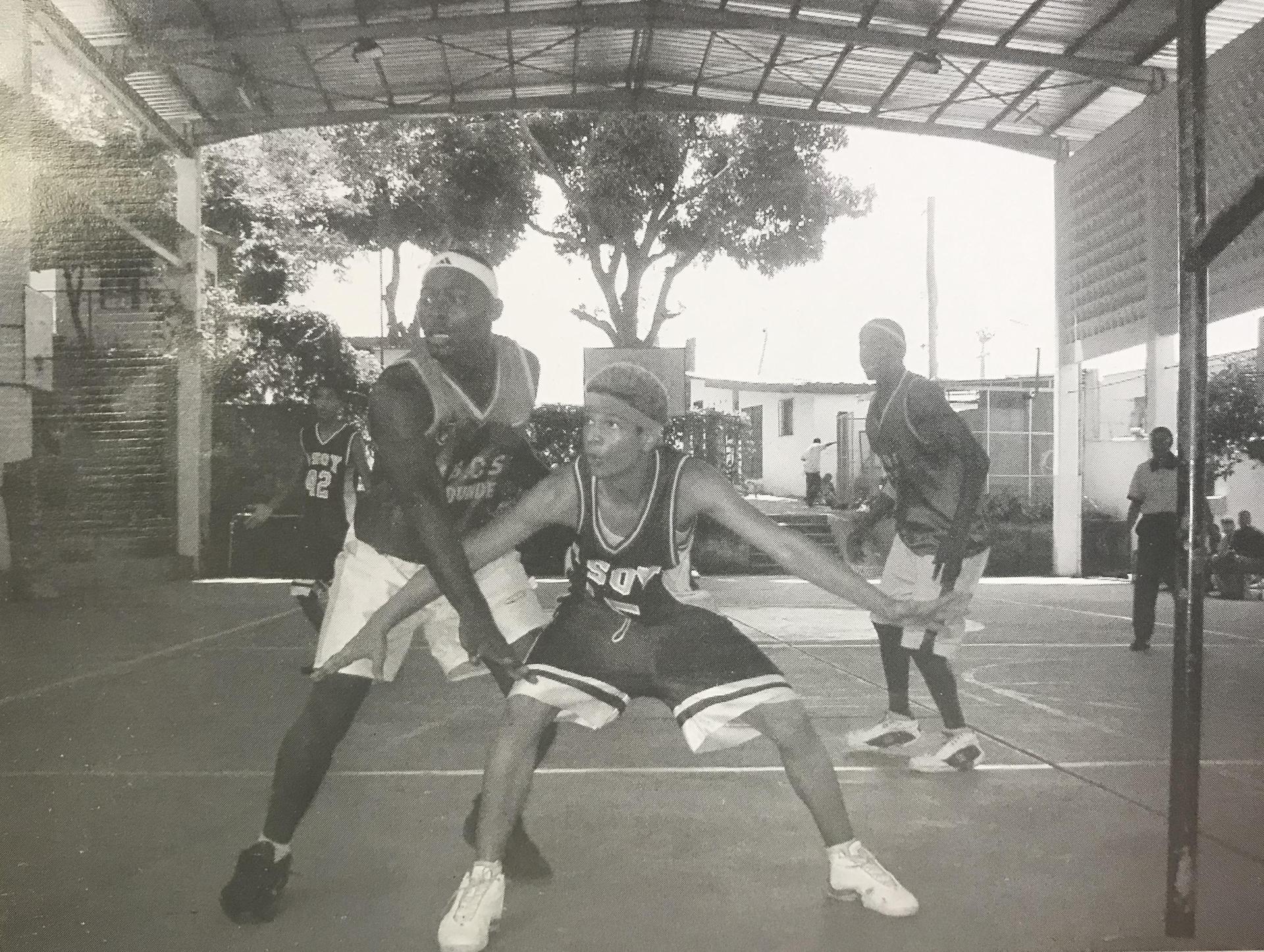 already established in the Central Africa Region. That year, the school purchased new air-conditioned buses, which transported students on academic or recreational trips. Still, in 2010, plans for the construction of new buildings on the ASOY campus were started. Architects were brought from the US to determine the most suitable design to meet the needs of a growing student population. During their visit, these architects met with the entire ASOY community and heard everyone’s perspective on what structure they wanted.

The official plan was unveiled in 2012 and in 2014, construction work began. That was also the year ASOY celebrated its 50th anniversary commemorating a successful past, recognizing an excellent present, and promoting a promising future. This event provided the historical transition of ASOY from a community school to the first internationally accredited English-speaking institution in Central Africa. After the celebration of the 50th anniversary and recognition of a well-deserved reputation, in 2017 construction work was completed. Lo and behold, the new, magnificent campus that ASOY has today opened.

As well as new construction, 2016 marked ASOY's acceptance as an IB school, with the IB Diploma Programme receiving authorization. In 2018, ASOY was authorized as a Primary Years Programme school. ASOY's recognition as an IB World Continuum School, offering all three IB programmes, was completed with the authorization of the Middle Years Programme in 2019.

As well as being authorized to offer the Middle Years Programme, 2018-2019 also saw ASOY successfully being reaccredited after its 10-year CIS and MSA accreditation visit. Both organizations affirmed their trust and academic approval of ASOY as a leading IB international school. With all 3 IB programmes of inquiry (PYP, MYP, and DP) now fully integrated, ASOY will be seeking its 5-year reauthorization from the IBO, CIS, and MSA in 2022-2023, with preliminary visits coming next year.

It is not only in academics and international accreditations that ASOY has made a mark in Central West Africa. 2017-2018 saw ASOY become an associate school in WAISAL - the West Africa International Schools Activity League. ASOY's senior boy basketball team went to Lagos in February 2018 for their first-ever WAISAL tournament, and to the amazement of the other schools, won the championship in their first tournament, despite being the smallest WAISAL-associated or WAISAL school. 2018-2019 saw a slightly changed team make its way to Lincoln International School, in Accra, Ghana. Once again, in their second year, the boys took their second championship after a hard-fought finals game against the host school. The senior girls finished fourth after a hard loss in the semi-finals. The senior boy's soccer team also competed at Lincoln in May of 2019, finishing a respectable fourth. In 2019 - 2020, with a slightly changed team composition, the ASOY senior boy's team went to the International School of Dhaka, in Senegal, where they cemented their reputation by winning their third basketball championship in a row. Sadly, with COVID, the team did not get a chance to defend their title in 2020-2021 but are looking forward to their next opportunity to do so.

Middle School sports also have been achieving success. In 2019-2020, the Middle School Girls won their local CISAL (Cameroon International Schools) Soccer Tournament, cementing first place in the country and kicking off a very energized and winning Middle School Sports program. Many of the soccer girls went on to play MS Girls' Volleyball and competed in Lagos in the WAISAL MS Volleyball tournament, a first for ASOY's Middle School. Through the years, the ASOY Parrots have built on skills, sportsmanship, and teamwork to win championships locally and internationally as students continue to commit to life beyond the classroom, in pursuit of an inclusive, well-balanced, and holistic education. 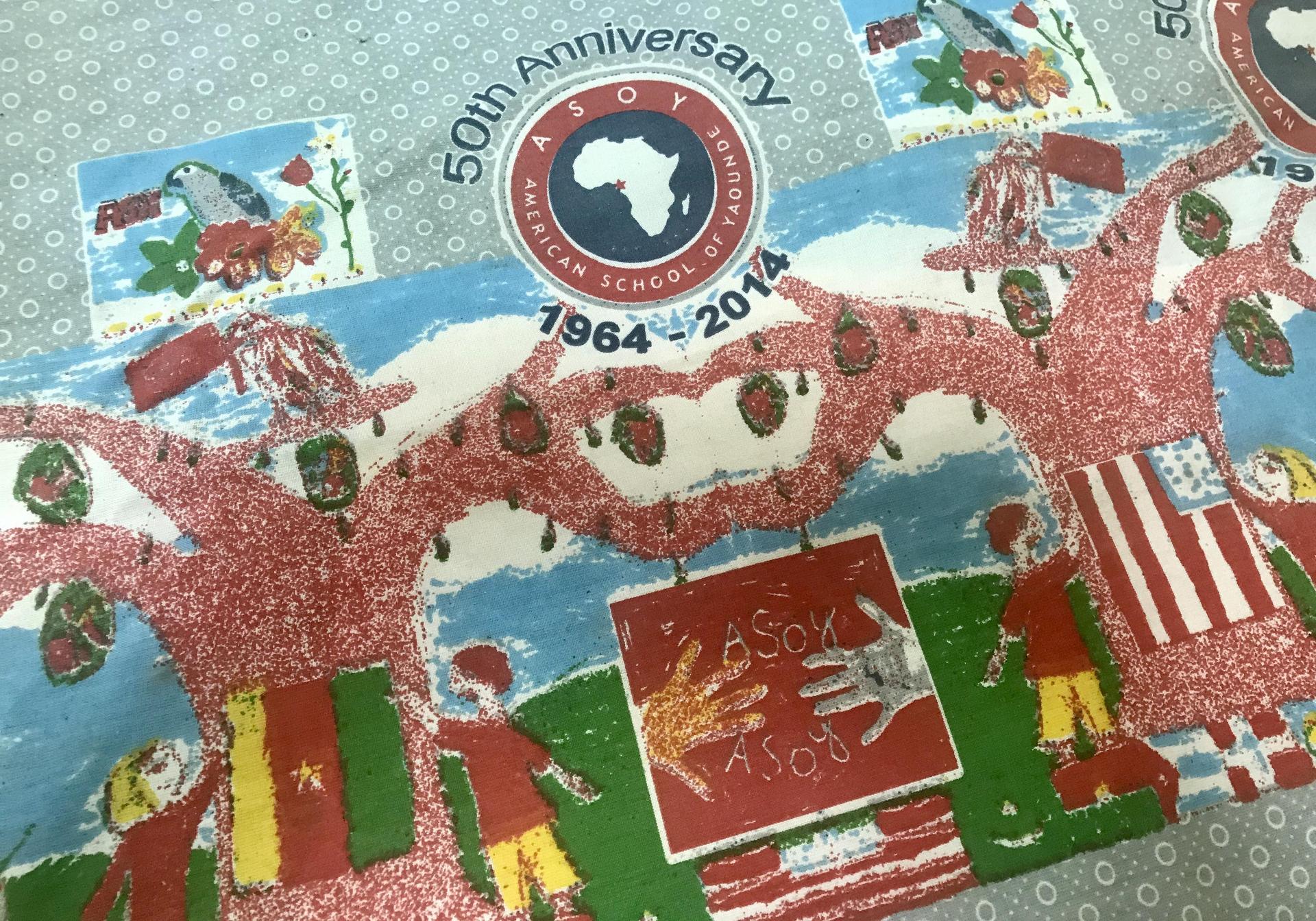 In all, despite such a humble beginning, and an impactful legacy of more than 50 years, ASOY keeps challenging itself to continue using the power of education to support families, promote cultural diversity and revitalize communities. Today, our society is transforming at a dizzying pace, with technological, demographic, and global economic shifts reshaping how we live and work. Some will benefit from these forces of change, while others risk being left behind. As ASOY looks to the future, we are identifying solutions that can advance fairness and upward mobility in the decades ahead and determining how we will nurture our students to be global citizens who positively impact their societies around the world. In collaboration with the entire ASOY community, we are pursuing a vision where all our students, regardless of their identity or their country code, have the chance to engage, empower and excel, becoming global citizens who can impact their world in a positive manner.