The Student Council is a group of elected students working with an adult advisor to provide; a means for student expression and assistance in school affairs and community activities, encouragement of student/faculty/community relations, opportunities for student leadership development. 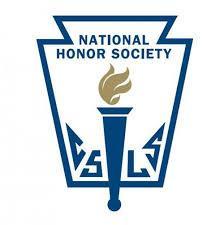 The National Honor Society (NHS) is the nation’s premier organization established to recognize outstanding high school students. More than just an honour roll, NHS serves to recognize those students who have demonstrated excellence in the areas of scholarship, service, leadership, and character. These characteristics have been associated with membership in the organization since its beginning in 1921.

Today, it is estimated that more than one million students participate in NHS activities. NHS chapters are found in all 50 states, the District of Columbia, Puerto Rico, many U.S. territories, and Canada. Chapter membership not only recognizes students for their accomplishments but challenges them to develop further through active involvement in school activities and community service.

The National Association of Secondary School Principals (NASSP) officially established NHS in 1921. Though many local and regional honour societies existed prior to 1921, no nationwide organization had been founded. Under the leadership of Dr Edward Rynearson, principal of the Fifth Avenue High School in Pittsburgh, the organization grew from the original Alpha Chapter at the Fifth Avenue School to more than 1,000 chapters by 1930. Equipped with a constitution, an emblem and motto, and a group of dedicated principals as coordinators, the new NHS organization quickly developed into one of the country’s leading educational groups. Four main purposes have guided chapters of NHS from the beginning: to create enthusiasm for scholarship; to stimulate a desire to render service; to promote leadership, and to develop character in the students of secondary schools. These purposes also translate into the criteria used for membership selection in each local chapter.

In 1929, the NASSP turned its attention to middle-level schools and established the National Junior Honor Society (NJHS). With its own constitution and handbook, NJHS has established criteria that parallel the emphases found in the NHS with an added purpose to encourage citizenship.

GISS (Global Issues Service Summit)- The Association of International Schools in Africa (AISA) Global Issues Service Summit (GISS) motivates and encourages students to enquire about global issues and learn alongside other delegates and change-makers from across Africa. Student delegates spend time presenting, learning, sharing and discussing important issues during the summit, followed by a hands-on service learning day in the local community. GISS provides delegates with opportunities to strategize solutions to global issues, meaningful sessions and stories about positive change happening here in Africa, and the support for taking action and engagement in their own communities.